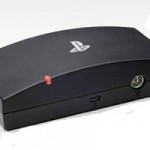 Sony is feelingÂ pretty smug right now as it celebrates the 85,000 PlayTV units sent to retailers over the two weeks since the PS3 Freeview recorder accessory started shipping to the shops.

Not to dampen their touchpaper butÂ units shipped doesn’t equate to unitsÂ sold.Â  What this might show is that they’reÂ expecting theÂ Sony faithful to be all over the Â£70 device this Xmas.

To add some more perspective toÂ Sony’s smugfest: Â Freesat, the UK’s relatively new free-to-air satellite service featuring high definition programming as well as most of the same channels that Freeview offers – is celebrating its own milestone this morning.

Freesat has now reached 100,000 unit sales – it hasÂ taken them five months to get to this stage!

PlayTV does seem to be an excellent add-on for any PS3 console so watch this space for news about actual sales (eh? Sony?)