Sony reveals PlayStation 4 and release date – Everything about PS4 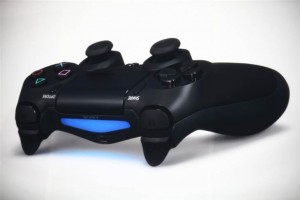 Sony’s new console has a name – PS4, not Orbis – but better than that, it has a release date.

The huge PlayStation reveal in New York ended with Sony Computer Entertainment CEO Andrew House announcing that the PS4 would be getting a “holiday 2013” release.

Traditionally, a release pegged for the ‘holiday season’ means the end of the year. This should mean that the PlayStation 4 will be available to buy in the United States in time for Christmas – probably November-time. Unfortunately, Sony failed to announce when its new console would be released in Europe or the UK.

We didn’t see the actual PlayStation 4 console on stage at Sony’s press event, but that doesn’t mean we don’t know what makes it tick.

A press release reveals that the PS4’s PC-like configuration will include an 8-core 64-bit x86 “Jaguar” CPU built by AMD, with a Radeon GPU comprised of 18 “compute units” capable of cranking out 1.84 TFLOPS to process graphics and more.

It is equipped with a Blu-ray drive which spins at a rather swift 6X (8X for DVDs) there’s also 8GB of unified GDDR5 RAM capable of 176GB/sec of bandwidth.

Hook-ups include 802.11n WiFi, USB 3.0, Bluetooth 2.1, HDMI, optical out and even a legacy analog AV out make up the inputs and outputs, although the potential amounts of storage are still unspecified.

Sony have obviously been paying attention. A lot of people said that they PS3 was too expensive and that money could be saved by cutting features – the thing is, all those features proved their worth down the line.

HDMI, Wi-Fi and optical audio didn’t come standard on the Xbox 360 at launch, but they have all proved important over the years.

The speedy XDR memory of the PlayStation 3 came in handy, but there was far too little at 256MB. Here, Sony’s seeking to maintain the speed with GDDR5, but boosts capacity to 8GB.

It wasn’t long before gamers appreciated the PS3’s built-in hard drive when they started downloading games or installing them – it’s good to see that 2x Blu-ray drive in the first-gen machine being given a speed injection.

There’s no mistaking the impact Microsoft’s Kinect has had, and not just because of the 3D depth camera: the always-on microphone allowed a Kinect-equipped Xbox 360 to recognise voice commands.

All put together, the setup promises facial recognition, player positioning and depth sensing and enhanced PlayStation Move support. This will endow the PlayStation 4 with both motion tracking and voice recognition with a higher resolution and a much larger field of view than the Kinect.

While the current Kinect can only fit two people in its sweet spot, and has difficulty tracking them at times, the PlayStation 4 Eye could do loads more… probably.

The Kinect-like camera is designed to work with Sony’s new controller standard too, recognising each player by the colour of the new DualShock 4’s LED light bar

Sony has further detailed its companion applications for the PlayStation 4 on both iOS and Android.

The app, imaginatively named “PlayStation App”, is meant to be a second screen for the PlayStation 4. Available for both iOS and Android handsets and tablets.

The PlayStation App will allow gamers to view maps on their second screen when playing an adventure game, purchase PS4 games while away from home and download it directly to the console at home, or remotely watch other gamers playing on their devices.

There will be no actual gaming available on the app, rather it’s meant to be a companion for the console.

The application is not available for iOS and Android yet, but will presumably be available at the time of the PlayStation 4’s release in Autumn of 2013.

Unlike the smartphone apps, the PlayStation Vita however, has gained a “Remote Play” feature that allows gamers to pull PS4 games from their TV and play them on the 5-inch device. Which is very cool.

Before today’s PlayStation 4 announcement, rumors had flown about whether or not Sony would implement a system to block users from playing second-hand games on the console. It wasn’t addressed in the company’s presentation, but Shuhei Yoshida, President of Sony Worldwide Studios, has denied the reports.

In response to a question by Eurogamer, Yoshida said “[Consumers] purchase physical form, they want to use it everywhere, right? So that’s my expectation,” before proudly declaring “Used games can play on PS4.”

Are you happy with how the PlayStation 4 is stacking up? How do you think that Microsoft will respond? What would the new Xbox have to do now?