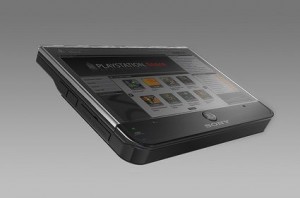 The mythical PSP Phone as well as an iPad baiting tablet may well slip out from Sony – Well, that’s how the Wall Street Journal sees it.

Sony CEO Howard Stringer is looking towards Apple for inspiration in order to bring success back to Sony’s door.

The Japanese company is already making steps with its Sony Online Service having iTunes firmly in its sights and add that to a bunch of new mobile gadgets to use SOS – it sounds like plots are forming.

The report claims a source says that there will be a PSP-phone and an iPad style tablet that â€œblurs distinctions among a netbook, an e-reader and a PSP.â€

These new devices will join the PSP Go and get access to SOS which will enable them access to games, music, movies and, more-than-likely, e-books.