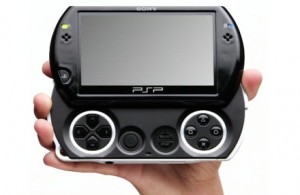 Ok – Everyone here knew the Sony PSP Go was coming – but Sonyâ€™s finally made it really official.

It’s slidey-screened handheld with no UMD drive, 16GB of storage (Plus an M2 slot) and Bluetooth.

You can get on the interweb over Wi-Fi which is handy as you’d be able to download games, as well as videos.

So, now that’s been made available on the PSP and new PSP Go, itâ€™s going to be easier than ever to download video and gaming content.

So, is the Sony PSP Go worth shelling out for if you already have a PSP? Not sure really – but it’ll cost $249