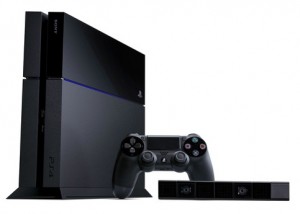 Sony’s next gen PlayStation 4 has broken the previous record for video game console launch sales in the UK.

The PS4 has proved to be king of the release day sales by shifting over 250,000 consoles. That’s substantially more hardware than the previous 180,000 units record during its first two days on sale.

By the way, that 180k sales record was previously held by Sony’s PSP handheld – so we all have to keep in mind that release day sales are not necessarily an indication of how well a console is going to sell in the future.

With that said, however, it does appear that PS4 has shown the Xbox One a clean pair of heels in the UK already.

Xbox One is said to have shifted 150,000 units on its first two days here, so Sony’s suggested launch window number is rather more impressive — could the price be the major deciding factor?

It will be interesting to see the results of the Christmas sales period and how they compare.