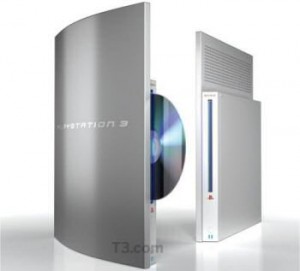 So more news about the much rumoured slimline PS3.

We’ve seen spy shots, and even seen in a video clip but now a site from over the Channel has touted a release date for the PS3 Slim.

French site RTL reckons itâ€™ll be here as early as this month but we’ve heard that before.

It says Sony will announce the PS3 Slim and its Gamescom press conference in Cologne on 18 August.

That also happens to be 9 days after the 80GB PS3 stops selling in Japan. Coincidence?

To further bolster this there are many reports suggesting that Sony has got Far East factories churning out more PS3 bits than before – double the usual amount in the past three months!

By all accounts the price as well as the size will be slimmer but the specs will remain the same.

pic from those lovelies over at T3.com