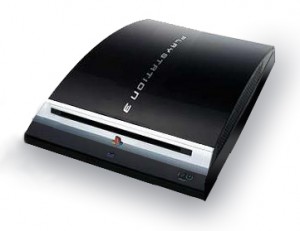 Kmart and Sears are gonna get some slapped wrists after letting slip pre-orders for the new PS3 Slim up on their sites …a number of hours before it was due to be announced at GamesCom.

Those pre-order listings claim that the PS3 Slim will have a Blu-ray player, 120GB hard disk, DualShock3 controller, and HDMI output with 1080p support.

Unfortunately we in the UK are used to being spanked with Brit tax so the PS3 Slim will prolly land somewhere between Â£199 – Â£240.

If you were thinking about getting a PS3 for the first time (or to replace a dead one) hold on for the Slim as it’ll be still cheaper than the 80GB PS3 as well as getting 40GB extra storage and the new skinny shape to name but a few good reasons.

Other rumours surrounding the new Play Station is that a Beatles version of SingStar is to go on sale several days after Beatles Rock Band.

MCV is reporting Sony might have an instrument-free version of the Beatles’ Rock Band under the SingStar name – naturally Sony are saying a definite no to this…….. we’ll see what appears on Sears’ or Kmart’s sites later 😉

The PS3 Slim should be around on the 24th of August.