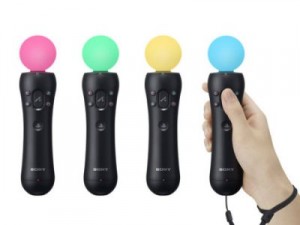 Sony created a bit of a stir at the PlayStation presentation held at the Games Developer Conference in San Francisco.

The naming of the Move may have lost a number of people money if they’d been betting on Sony naming the motion controller Arc.

The PlayStation Move requires the use of a wand-like device a bit like a rounded Wiimote, with Sony’s Eye camera used as the sensor to track your movements – Sony are bragging that it’s the ‘most precise’ and ultra-sensory device of its kind.

The good thing is that the Move can be integrated into more established PS3 titles – games of choice for underling this was big-hitters SOCOM 4: US Navy Seals and Little Big Planet. LBP was shown using The Move Subcontroller (see gallery) as well as the main Move.

At the presentation Sony broke out a number of Move games which by all accounts looked pretty Wii-ey with the likes of ‘Sports Champions’ a sports compilation pack which includes such mini-games as archery, tablet tennis, and Gladiator Arena (duel fighting).

The PS3 Move will come in three bundles; the first packing the PS3 Move control for those who already own the Eye cam, or you can buy the Move with the Eye cam and a PS3 console. I reckon that the most popular will probably be the third option: The Move motion control with the camera and a game which Sony is saying will cost under $100 (Â£66).

No news regarding an official UK price but there is a rumbling that the August 2010 launch will be a global affair.