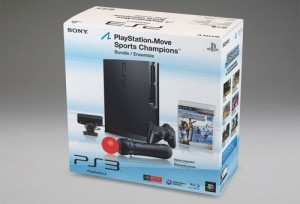 Is it already a year ago since Sony used Gamescom to unveil the PS3 Slim?

This year the announcement was not as ground-breaking but handy if you were looking to upgrade your console’s memory.

In September there’ll be a spanky new 320GB model (which will replace the existing 250GB model) which will come bundled with Move as well as a 160GB model PS3 which will phase out the current 120GB.