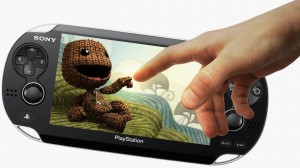 This may be good news for UK gamers but not great for Sony as retailers have been forced to cut the asking price of the recently released Sony PS Vita in Japan after sales crashed in the weeks leading up to Christmas.

It was looking promising for the Sony next generation portable gamer as almost 325,000 Vita consoles were sold in the device’s opening week – although that was quite a bit less than the 375,000 units managed by its rival, the Nintendo 3DS during its launch week.

The problems hit in the second week with Vita sales dropping considerably to a mere 72,479 units prompting retailers to discount the brand new portable PlayStation.

Those sales figures have landed the PS Vita in the lowly 5th position in the gaming hardware charts in Japan. That’s under the 3DS (482,200 units) and, more embarrassingly, under that old pocket-pleaser the Sony PSP (101,121).

With the Sony PS Vita having a price cut over in Japan and a UK release date pencilled in for February 22nd there may be a revision of the price which is currently set at £229.99 and £279.99 for the Wi-Fi only and Wi-Fi + 3G models respectively. You can only hope hey?

Are you eager to get your hands on the Vita or will you wait to see if the price comes down in week 2 of its release?