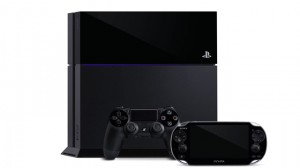 There has been a couple of important announcements ahead of the official UK release of the PS4. One is confirmation of a special bundle and the other is that Sony is taking something away.

Perhaps the most important news regarding the UK launch of Sony’s new PlayStation 4 is that it will be deactivating some of the features on PSN from tomorrow, Friday November 29th, to survive the PS4 launch rush.

After already launching the PS4 in the US Sony says it plans to avoid any PSN failures this time by removing some features. That way when the predicted rush of users hits the servers on tomorrow’s PS4 launch day, PSN will be able to (hopefully) function smoothly.

The features being disabled

Errmm.. and that’s it apparently. So, not a huge loss at launch then for the sake of functionality. I am guessing that Sony is also planning for the number of consoles sold in the US on Black Friday adding to the users online.

Sony assures everyone that PSN will be back to full form after a few days when the launch madness has calmed down.

Remember the PlayStation 4 / PS Vita bundles that leaked ahead of schedule last week?

Well, the very same have now been confirmed by Sony and will be going on sale in the UK tonight, alongside the next-gen console’s midnight launch.

The Vita has had a tough start in life, but deep integration with the PS4 makes it the perfect time to pick one up and this bundle could be the perfect way to do so at less than 500 notes.