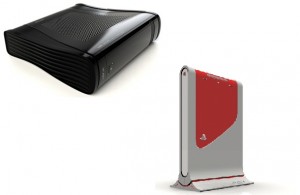 Yesterday I said that we may get to see the Xbox 720 at CES – well, I wasn’t far off. The news gets even better too as both the Sony PlayStation 4 and the Microsoft Xbox 720 will be launched very soon together!

I had a feeling that the Xbox 720, codenamed Loop, may make itself known to the public at CES 2012 but it appears that the Microsoft console will be landing at E3 in June 2012 along with its main rival the PlayStation 4!

Apparently this very tasty morsel comes from a very high level and should prove to be very reliable.

This is pant-wettingly exciting as this will be the very first time in 17-years that three comparable consoles (PS4, Xbox 720 and Nintendo Wii U) arrive together.