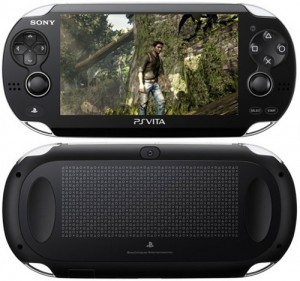 Even though the Sony PlayStation Vita will be out in Japan in time for Christmas, we knew that us in the West would have to wait – no matter what Blockbusters tells us!

The Vita will still arrive before New Year though if Amazon is correct.

You see, the online store has posted up the price and the 31st December 2011 as the next generation portable’s due date.

As yet there’s no mention of the date on the .co.uk flavour of the outlet but I would assume that there’s a general release to follow the Japanese exclusive.

In the UK, Amazon has the handheld console priced up at £229.99 for the Wi-Fi only version

The Vita is getting social networking smarts as well as in-game chat.

Controls are taken care of by the D-Pad, a touchscreen, a rear touchpad as well as a gyroscope.

More spec can be found here.