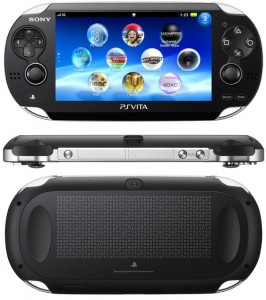 If you thought that Sony would let Nintendo grab all the headlines with its Wii U tablet-controlled console think again – News has reached me that the Sony Vita, their next generation portable gaming device, could be potentially used as a PS3 controller!

This very exciting news snippet has come via my friends over at Stuff and is unconfirmed at the moment.

Phil Rogers, Sony’s R&D manager, said that, thanks to the Vita’s gyroscope, accelerometer and touch-sensitive front and back, the pocketable game player could work as a controller for a variety of PS3 titles.

“At launch we’re going to have some PSN features that work across both platforms,” said Rogers. “You could access data on each side and access scoreboards, for example. We’re building on that.

Rogers also mentioned that the PS Vita comes equipped with the technology to support cross platform play, which essentially means games from your PS3 could be squirted over to your handheld in much the same way as the tablet on the Wii U – this would enable you to complete the level you’re on away from the TV because someone *needs* to watch Eastenders or something.

“For launch we’ll also have Remote Play, which does look good on Vita – I saw an early version of it running recently.”

We all, however, know the expected arrival date here in the UK for the PS Vita though don’t we?

Thanks to Blockbusters for spilling the beans 😉