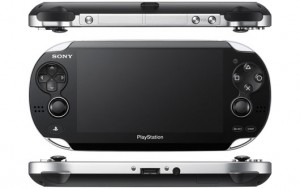 Sony is still keeping the price of its PlayStation Portable replacement, the NGP, under wraps but there seems to be some handy leakage coming from the direction of Ubisoft.

We know what the Next Generation Portable looks like and that it will arrive in 2 different flavours – a 3G version and a Wi-Fi only model.

A new survey is being circulated by research firm Toluna which has been sponsored by Ubisoft.

The Ubisoft â€“ NGP concept â€“ EU Adults survey asked consumers if they would buy the NGP gaming device and then listed prices for the 3G and for the WiFi only versions.

Obviously no one is saying if the noted prices are best guesses from Ubisoft or the real deal – but that would be too easy now wouldn’t it? 😉

According to the survey the 3G packing NGP would retail for $350 and the WiFi only handheld would be $250.