Sony PlayStation 4 Named Orbis and Ready for Christmas Next Year 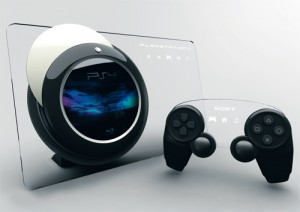 The next PlayStation could be called ‘Orbis’ and could be in stores in time for Christmas next year – that’s according to a ‘reliable source’.

Sony’s PS4 could well be dubbed Orbis (isn’t that a chewing gum?) and hit the shelves in time to be added to gamers lists to Santa in 2013.

The news comes via a ‘reliable source’ who has apparently been spot on with news nuggets in the past.

The leak states that the PlayStation Orbis will come equipped with an AMD Southern Islands graphics chip, which will let you play 3D games in 1080p as well as regular games at a whopping 4,096×2,160-pixel resolution.

At least there’s time for us to upgrade our telly before the PlayStation 4 comes out of orbit/ Orbis.

‘Select developers’ are said to be receiving development kits for Orbis but there is a fly in the next-gen gamer’s ointment.

Word is that the Orbis won’t be backwards-compatible with PlayStation 3 games. Boooooo!

Sony seems to be following a trend in that Orbis games will come on either Blu-ray discs or in download form, like the PlayStation Vita. If you do buy a game on disc it’ll be locked to a single PSN account, with a required online authentication before you can play.

That means no selling on of used games once you’ve clocked or got bored with them. That will also put paid to trade-ins popular with supermarkets and such. Boooo agian!

Doubters of the silly Orbis name can nip over to orbis.scedev.net which takes you to the website for Sony’s developer network.

There’s nothing Orbis-related on that page, but replacing ‘Orbis’ with ‘Vita’ or ‘PS3’ in that URL takes you to the same site, indicating that Sony has the name set up already. Interesting stuff huh?

The thing is, thankfully, that it’s doubtful that Orbis will stick. Remember NGP?
What’s your thoughts – true or a hefty amount of salt required?