Sony Playstation Getting More 3D Over Next Few Months 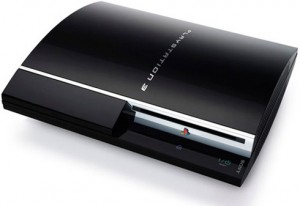 Another little Sony tid-bit that was mentioned at the John Lewis gathering makes even more sense since I learned about the new Cybershot cameras.

PS3 owners will already be aware that their gaming console has had a 3D gaming firmware update – I was told by Sony on Thursday that the PS3 will be treated to firmware updates that will add 3D Blu-ray playback in September.

Mick Hocking, a director at SCEE, also mentioned that there’ll be another update later on in the year that will add 3D photo viewing to the PS3 – handy since Sony release their new 3D snapping Cybershots in September 😉

With all this 3D being added it’s no surprise that the Sony Playstation Eye will also be optimised for a more 3D augmented reality experience – adding a better “depth of field” to the whole thing.

How many of you 36 million PS3 owners are now thinking about buying a 3D TV to benefit from this?