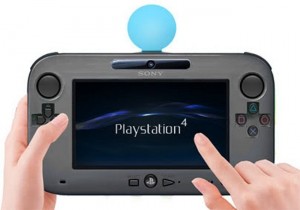 There’s been lots of news and rumors lately about Sony’s PlayStation 4 and we might hear more come May and the E3 event where the new Xbox is also said to be making an appearance. The latest rumor is about the PlayStation 4’s controller.

According to CVG sources, Sony will get rid of the DualShock controller, despite how beloved it is to gamers and the PS4 contoller will feature include biometric sensors on the grips and an LCD touch screen.

The PlayStation 4′s controller will be a lot like the Wii U’s, with biometric sensors on the grips of the controller and an LCD touchscreen. A separate source says that PlayStation engineers are “trying to emulate the same user interface philosophies as the PS Vita.”

While the DualShock will not be a primary controller for the next PlayStation, it is likely that the range of PS3 controllers will be compatible with the next-gen system. There is a possibility they could be used as secondary controllers, much like with how Wii Remotes interact with the Wii U.

That makes sense I guess. Having a DualShock controller be compatible with the PlayStation 4 is still pretty important even if they do go with a touchscreen controller. We might find out before E3 if the Destination PlayStation event sees the unveiling of the PlayStation 4.