Sony Plans to put a PlayStation in Everyone’s Hand 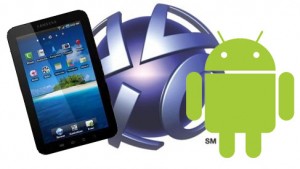 Sony is looking at ways of getting more cash flowing towards them after a decididly dodgy year. The company is looking at the pointy end of a projected $6.4 billion loss and so are planning to squirt the PlayStation brand in to every mobile phone.

Last night Sony held an investor conference and unveiled its plans to avoid the projected $6.4 billion loss by focusing on gaming and, specifically, get the PlayStation brand into as many phones as possible.

Sony’s new approach has been named ‘One Sony’, which is a title designed to show that its looking to narrow its focus and drive its key business areas. Those are digital imaging, mobile and the biggy – gaming.

The crux of this cunning plan is to rapidly up the level of downloadable games and improve the reach and use of the PSN store. This way, Sony is hoping to drive revenue through game sales and subscriptions; but this is only the foundations of this audacious masterplan.

To get this out to as many users as possible Sony intends to increase the reach of the PlayStation Suite. Currently, the only PlayStation Suite-certified devices are select Xperia handsets and Sony’s tablets – although HTC has been rumoured to have signed up. But Sony wants and needs more!

Sony hasn’t announced specific devices which will get the PS stamp of approval but it is safe to assume that they’ll be looking to get the PlayStation Suite into as many Android handsets as possible.

Gaming is one of the iPhone’s strongest hands so it would be reasonable to guess that anything that looks to level the battlefield will be welcomed by Android manufacturers.

Do you think that Sony’s redirected focus is going to not only improve things for the company but also for team Android?