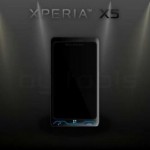 The Xperia X1 should be available next month or soÂ but it seems that SE are already working on a new Xperia smartphone if rumours are to be believed on the internet.

New photos purporting to be the next generation Sony Ericsson smartphone have surfaced on the interweblogosphere.

Called the X5 (erm -Â X2, X3, and X4 anyone?)Â the new model will supposedly feature an 8 megapixel camera with autofocus and flash, 8GB of internal memory plus the usual array of connectivity options like Wi-Fi HSDPA and GPS.

Other rumoured specs include a 3.2-inch touchscreen display.

Dunno if this is a truth or a falsehood but hey – a good rumour to start the week huh?