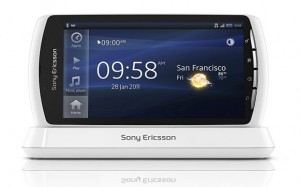 If you were looking forward to grabbing a nice, new, shiny white Xperia Play on April 1st then this may not be welcome news.

O2 has wrenched the Sony Ericsson PlayStation phone from their launch plans with the damning statement that the Xperia Play “won’t give customers a great experience“. Ouch!

O2 says that it has unearthed software problems that have forced the network to delay the Play’s planned release on 1 April. O2 puts the blame squarely with Sony Ericsson in an official blog post.

“found some bugs in the software that, if they’re not fixed, mean customers won’t have a great experience”.

O2 is working with Sony Ericsson to get these flaws sorted but neither party are saying what these bugs are and what part of the software they affect. Even though they are beating the bugs out of the Xperia Play they still don’t expect the problems to be sorted for the launch date.

You will still be able to buy a Sony Ericsson Xperia Play on April 1st from one of the other operators it’s just that O2 “have decided to prolong the testing period in order to ensure that the software meets the requirements of its procedures”.

Vodafone and Three will launch the phone on 1 April, although Orange is yet to confirm a date. But O2’s message is clear: if you buy an Xperia Play on another network, it won’t be a great experience.

So – are you going to hang on for that white exclusive Xperia Play with the bugs removed on O2 or will you be heading to Orange, Vodafone or Three?