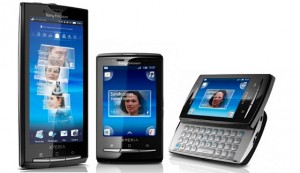 It seems like it’s all about the footie right now.

If you happen to dig Sony Ericsson handsets and are a fan of the UEFA Champions League prepare to be spoilt as SE has recently announced plans to expand its current partnership with UEFA.

Building on Sony’s existing partnership with UEFA, a worldwide marketing programme is being launched based on the Champions League which will run between now and 2012.

This moves Sony Ericsson to be the official mobile handset of the UEFA Champions League.

At the heart of this programme is ensuring the best device experience for Sony Ericsson’s customers.

A lot of the activities will focus on using GPS connectivity on phones to enhance enjoyment of the games, whether you are in the stadium or enjoying the football at home so fans can make the most of having GPS on high-end smartphones like the Xperia X10 and Xperia X10 Mini.

Other features include a new mobile phone app, created together with UEFA.com.

Lennard Hoornik, Corporate Vice President and Head of Global Marketing, Sony Ericsson said: “We are delighted to be announcing today the activation of a new global marketing programme around the UEFA Champions League. Using the existing GPS capabilities of our Xperia Smartphones to enhance the fan experience is an exciting part of this programme. This new initiative will build on our other ongoing worldwide sponsorship campaigns”.

In other Sony Ericsson news – Their Elm handset was crowned the greenest phone in O2’s new green scheme.

The Elm had to beat 65 other handsets in the new UK scheme which included entries from Samsung and Nokia amongst others.

Five of the top 10 greenest devices were Sony Ericsson mobiles!