Sony Ericsson Satio Software Updated and Allowed Back in Stores 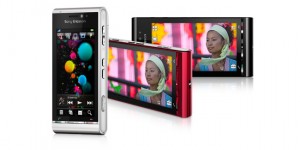 Sony Ericsson have sorted out their little software problem with an update for the Satio and Aino blowers and now the handsets have been allowed to return to the shops.

Thereâ€™s still no official explanation as to what exactly the update brings other than â€œimproved handset speeds and battery usageâ€ and that it â€œfixes previous software issuesâ€.

According to Sony Ericsson, the Satio and Aino will both be more stable as well as better Wi-Fi and GPS abilities.

With the delivery of the new software Sony Ericsson UK & Ireland is also pleased to announce that Phones 4u are reselling the product in their stores and online.

Scott Hooton, Phones 4u trading director said: “Phones 4u are pleased to confirm that all Sony Ericsson Satio stock has been flashed with new software and recommenced trading on Saturday 4th December. Sales of the Satio were strong over the weekend and we’re confident that the device will continue to perform strongly throughout the Christmas trading period.”

I’m guessing that the SE Christmas party is going to be a friendlier place now – although, sorry guys, no Christmas overtime pay.

Sony Ericsson UK and Ireland is pleased to confirm that new software is now available for both Satio and Aino via www.sonyericsson.com/update.

I have just received a Sony Satio in this mornings mail so there’ll be a review of the 12.1 megapixel camera phone very soon.

If you want to see what that camera can do in the hands of a professional – check out the Eyes Wide Open gallery of the talented Jillian Edelstein. If you know what I look like you should be able to find me amongst the shots 😉