Sony Ericsson Rachael and Kiki – Could Rachael be the Xperia X5 Android? 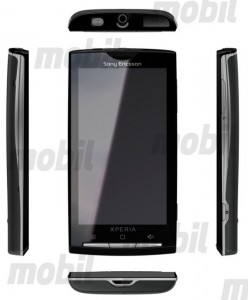 Most of us are expecting Sony Ericsson to drop at least one Android phone later this year but now it seems that little bits of actual details are appearing.

The first of the Sony Ericsson Android smartphones to peek into public is the codenamed â€œRachaelâ€œ.

It’s got a touchscreen display, and is built on that Qualcomm QSD8250 Snapdragon platform.

You may have already read that the Snapdragon has some pretty amazing amazing specs â€“ up to 1 GHz CPU, HD video decoding ,12 mp cameras, GPS, broadcast TV and Wi-Fi support as well as it appearing in netbooks as well as mobiles.

I’m not sure that the SE Snapdragon will include all of those tricks, especially as it sounds as though this blower gets a lower resolution 8.1 megapixel camera on this phone.

Did you notice that they have gone with the Xperia line for this blower? Since the Xperia X2 is already reserved for their next WinMo smartphone, could this be Sony Ericsson Xperia X5 that has bee weâ€™ve been hearing about?

In a 2-4-1 assault here’s another design from the SE camp and this one goes by the name of â€œKikiâ€.

Whilst details are pretty slim there are a couple of interesting points to make with this phone.

For a start, the Sony Ericsson â€œKikiâ€ comes with a transparent glasslike display.

The images are projected on this display and, it appears that this display can be viewed from both sides of the handset. 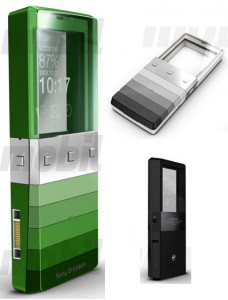 It also has a smooth surface keypad on the front where the numbers should be – I’m guessing when the mobile is activated the digits appear.

I’m not entirely sure if the board will feature some tactile feedback or whether the symbols on it will be fixed, customisable or just change depending on how you’re using the handset – perhaps all three!

Anyway, I’ll be keeping an eye on these so keep in touch!