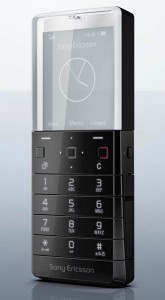 Sony Ericsson – thank you for proving it possible!

They’ve taken what was first believed to be no more than a funky concept and made it become the XPERIA Pureness (previously known as the KiKi) – Not only that; it also happens to be the world’s first handset to have a transparent display.

In true arty fashion the press release (or should that be press prose?) reads quite dreamily thus:

“Xperia Pureness approaches the mobile phone as a work of art rather than technology. The company’s designers aimed to sculpt an object of design that reflected the purity of water and a sense of calmness when not in use,”

The folks over in AreaMobile have actually managed to get shots of the device that show the Pureness and it does really look quite nice. Check their shot in the gallery with the iPhone 😉

Details are thin on the ground, chances are the SE artisans haven’t dreamed them up yet.

What I do know is that the XPERIA Pureness will be released in the UK in November.