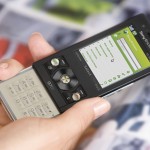 For image grabbing it sports a 3.2 megapixel cam that can capture video and then upload directly to YouTube under a new partnership with Google. 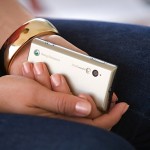 It has also been announced that it will step-up in an UMA variant (G705u) which is a first for SE and built exclusively for Orange to bridge GSM and WiFi networks.