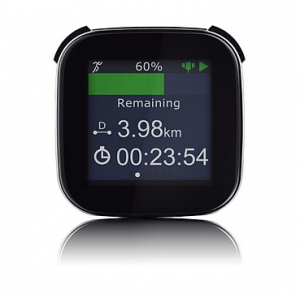 Sony Ericsson has just announced a bunch of apps that are compatible with their little LiveView gadget.

If you recall, LiveView can be clipped onto your clothing or worn on your wrist and slings the info from your Android 2.0+ rocking handset so that you get what you need without having to get your phone out.

Hooking up via Bluetooth the screen hands you access to texts, music, email and your social networks.

SE has released the list of LiveView lovin’ apps and plug-ins which are already available in the Android Market.

FakeCall for LiveViewâ„¢: Trigger sounds and vibration on your Android phone.

SportyPal: Motivational training tool that gives you a view of your work-out.

Launcher plug-in: Display your application icons on the LiveViewâ„¢.

Where am I LiveViewâ„¢ plug-in: Shows a map of your current location.

Gmail for LiveViewâ„¢: Gmail notifications plug-in that also lets you read the first part of the e-mail.

Calendar plug-in: Gives you an overview of your calendar and you can scroll and dive into a daily agenda.

Psps Ikina: Ikina means informal character of AMD Japan. She is popular in AKIHABARA PC users. PeshiPeshi is her famous performance. (it looks like some interactive anime character.

Sony Ericsson LiveView costs just a shade under 50 notes but in this weather, a small price to pay for not having to undo your jacket to check your messages 😉