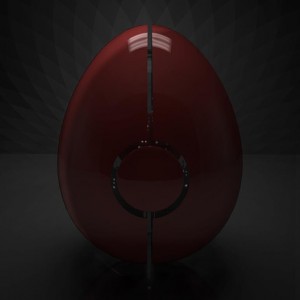 Sony has been teasing something festive over on its Facebook page since yesterday and I’ve been pondering what it could be.

The red Easter Egg type thing looks as though it opens to reveal… well. What?

Could it be the funkiest design for the PlayStation 4 thus far? Is it a new media streamer or MP3 player dock speaker?

Is it just a Sony Easter Egg?

Most things are pointing to it being a celebration of Sony Computer Entertainment’s partnership with Ovosonico, the development studio founded by Shadows of the Damned director Massimo Guarini.

Ovosonico is the first studio in Italy to partner with SCE WWSE – “and due to the growing talent in this country; we believe the first of many,” noted senior vice president Michael Denny.

What do you think it could be?