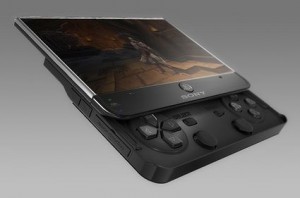 As rumoured a while ago, the Sony Ericsson brand will soon no longer exist.

Sony as put a stop to the ten year Japanese-Swedish supergroup after slipping Ericsson just under £1billion for their half of the business.

For that £918million payout Sony not only gets 100% control over what happens it also gets its hands on five patent portfolios which will probably prove useful when it re-enters the mobile market flying solo.

Sony is planning a cunning ‘four screen strategy’ – Sony’s CEO Sir Howard Stringer states: “This acquisition makes sense for Sony and Ericsson, and it will make the difference for consumers, who want to connect with content wherever they are, whenever they want,” he continued by saying “We can more rapidly and more widely offer consumers smartphones, laptops, tablets and televisions that seamlessly connect with one another and open up new worlds of online entertainment. This includes Sony’s own acclaimed network services, like the PlayStation Network and Sony Entertainment Network.”

Does this mean that a real PlayStation phone, that stuff of legend, will actually become a reality? Don’t tell me that the Xperia Play is that very beast as it both lacks the PS gaming experience as well as the branding. Let’s face it, in any partnership compromises have to be made and I can’t help thinking that the Sony Ericsson range has had more than one moment when this felt evident.

Perhaps that’s what Sir Stringer meant when he said “We can help people enjoy all our content – from movies to music and games – through our many devices, in a way no one else can.”

With Sony single-handedly steering the ship it may give them the ability to cause more of a nuisance of themselves with the likes of Apple and the newly revitalised Nokia who have not only released a bunch of new phones including the Lumia 800 and 710 but have buddied up with Monster to produce some good-looking headphones.