Sony CEO – Aplogises for Inconvenience of PSN and SOE Hack 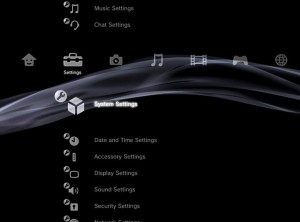 Sony CEO, Sir Howard Stringer, has just come to take the stand to speak publicly about the recent hacks to the PlayStation Network and Sony Online Entertainment – two weeks after it was first discovered that millions of userâ€™s personal details had been swiped.

Sony has just released a â€˜letter from Howard Stringerâ€™ in which the CEO reassures users of massively popular online services that, as far as they can tell, that the hackers are currently not using the stolen personal information maliciously.

“As a company we â€“ and I â€“ apologise for the inconvenience and concern caused by this attack,â€ writes Sir Stringer, adding: “To date, there is no confirmed evidence any credit card or personal information has been misused, and we continue to monitor the situation closely.â€

The company head wants you all to know the size of this operation as he announced: “Under the leadership of Kazuo Hirai, we have teams working around the clock and around the world to restore your access to those services as quickly, and as safely, as possible.â€

Looking to ease any worries about coming back to the service Sir Howard stated that Sony will offer all US users of the PSN an identity theft insurance policy set to cost the company $1 million (Â£610,000). Identity protection schemes for other regions and countries are to be revealed in the coming days.

The PlayStation Network is planned to return within the next week or so equipped with “stronger defenses” but the length of time it took Sony to hold their hands up and admit that their systems had been breached has naturally left a bitter taste in the mouths of the users.

“I know some believe we should have notified our customers earlier than we did. It’s a fair question. As soon as we discovered the potential scope of the intrusion, we shut down the PlayStation Network and Qriocity services and hired some of the best technical experts in the field to determine what happened… I wish we could have gotten the answers we needed sooner, but forensic analysis is a complex, time-consuming process”.

It’s all done to the hackers not playing fair it seems – even though there has apparently been a ‘calling card’ left by Anonymous, even though they deny being part of the attack, because: “Hackers, after all, do their best to cover their tracks, and it took some time for our experts to find those tracks and begin to identify what personal information had â€“ or had not â€“ been taken.”

Will you be heading back to use Sony’s PSN and Online Entertainment portals after all this has been sorted?

Do you expect more compensation?

What are your thoughts on this matter?