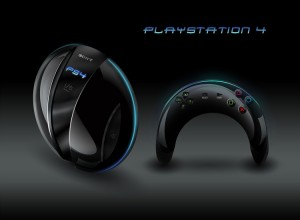 Sony has just snapped up Gaikai, the cloud-based gaming group which kicked off its services in January, for US$380 million. Surely this means that future Sony gaming will be cloud-based – where does that leave the PlayStation 4 then?

$380 million is not a small sum, even for a major player such as Sony, so the PlayStation cobbler must mean business with this latest acquisition.

The thing is that this raises the question about what Sony’s gaming division has planned for its gaming ecosystem.

Will you really need a PS4 when you can get blisteringly fast games on practically any device with an internet connection? Will Sony just release a cheaper hub instead of the PlayStation 4?

The PlayStation 4 has already been hinted at being cloud-based, or at least discless, and with this latest move it looks like the cloud will be playing a large part.

By taking its gaming titles into the cloud and enabling gamers to access all their games from an online hub, they will be signing the death warrant for discs. What about all those PS3 titles you’ve bought?

Sony has also recently teamed up with Google for the Sony NSZ-GS7 or Google TV and with Gaikai demoing what is possible on Google TV at this year’s Google I/O, Sony could be looking to offer a more gaming focused Google TV with a cloud gaming service straight to your TV as well.

So, if you are able to access high-quality PC games on your laptop or smart TV, there’ll be no reason to cough up more than £300 for a PS4 when your PS3 or telly will do the same job.

I’ll be watching this closely as it currently looks as though cloud gaming is going to have a major impact on console gaming with the PlayStation 4 and, perhaps the Xbox 720.