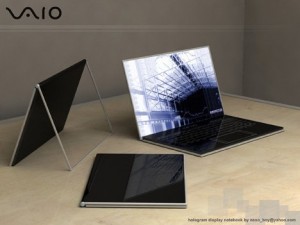 Word has it that Sony has some touchscreen VAIO’s planned later this year which will drop around the same time as the release of Windows 7 which happens to have a more robust touchscreen support than Vista.

Sony is also beavering away at getting some content from the PlayStation Network right onto the their VAIOs at some point as well.

One of Sony’s Senior VPs said that the company is going to be releasing some VAIO notebooks that take advantage of touch capabilities “at the launch of Win 7” –  October 22nd.

This could mean that you could get all that TV stuff that you can currently download on the PS3 over onto your VAIOs as well.

Apparently they’re also discussing bringing games over, so you can pay for the casual games that have been converted from free online flash games for the console market, right on your laptop.