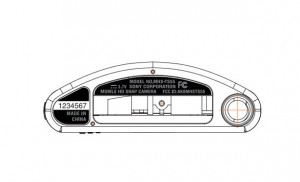 It looks as though there’s a new Sony Bloggie camcorder on its way and this one will be packing Wi-Fi!

The Sony Mobile HD Snap will be given Wi-Fi powers which could well mean that any footage you take could be automagically transferred to the interwebs and your most favouritest social networking sites – Facebook, YouTube etc. – all at the touch of a button (ideally).

I’m hoping that the addition of Wi-Fi will also enable the HD Snap to stream live, as it happens, footage 🙂

That’s pretty much all I can discern for now – apart from the HD in its name should be pointing at the cam capturing 1080p video.

Do you think that this the Mobile HD Snap will follow in the cold footsteps of the Flip or will the addition of streaming video be enough to warrant owning a little cam as well as a smartphone heavy on convergence?