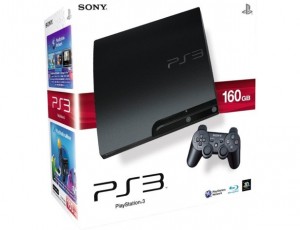 Sony has been price cutting their PS3s, releasing a budget version of the PSP and giving us a little bit more information about their next generation portable gamer – the PlayStation Vita – at the European games convention held in Germany: Gamescom.

We all love it when tech drops in price and that’s especially true during the crunch. As all our essentials continue to get more expensive at least Sony feels our pain.

The PlayStation 3 will see it’s RRP slashed to €249 in Europe, $249 in the US and 24,980 Yen in Japan for the 160GB model as Sony hopes to entice even more gamers to the platform as we get closer to Christmas.

The new prices will be immediately effective in North America and Europe/PAL territories, and will commence August 18, 2011 in Japan.

Adding fuel to the console war fires Andrew House bragged that the PS3 not only has “experiences that aren’t just exclusive to PS3; they are only possible on PS3.” 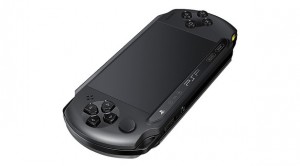 The company also used their keynote speech at the show to launch a brand new PlayStation Portable.

The PSP E-1000 is a “budget” model of the pocket-friendly favourite – the cost will also please your pocket as the RRP will be listed at just €99.99 (RRP).

You do loose Wi-Fi in the cost-cutting production of the  PSP E-1000 but you’ll still have access to the full catalogue of PSP games either on UMD or from PlayStation Store via Media Go.

The PSP E-1000 follows the PS3 Slim model in its design with a matte charcoal black finish.

The PSP E-1000 will arrive accompanied by a list of PSP Essentials titles that will retail at only €9.99 (RRP) and will include Invizimals: The Lost Tribe, EyePet Adventures, FIFA 12 and many more.

As well as the things we already know about in-game chat and such Sony has announced that it has signed deals with Twitter, Facebook, Foursquare and Skype in order to bring these services to the handheld console via dedicated apps.

“PS Vita users will not only be able to enjoy the immersive rich gaming content but through the addition of these social networking services and communications widely used around the globe will also have an easy access and greater opportunity to enjoy communicating with friends by simply selecting the dedicated application,”

The applications will be downloadable to PS Vita directly from the PlayStation Store at no charge. Users will be able to activate the application just by selecting the icon which will appear on the PS Vita home screen. Navigation in the apps will be then be by the next gen portable PlayStation’s touchscreen.