Sonic 4 Will Spin onto iPhone and Touch Before the ‘Big’ Consoles! 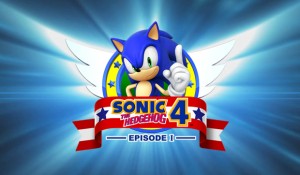 If you needed any more proof of how much the iPhone 4 is pulling in the gamers check this little bit of news out.

The new Sonic the Hedgehog game will arrive on the iPhone and iPod touch via iTunes on 7 October – that’s before the spin-lovin, spikey one lands on the Xbox 360, PlayStation 3 or Wii!

It looks to take on the mantle of the original three Sonic outings and will be an episodic side-scrolling platform romp.

Project Needlemouse, as this latest Sonic game was originally named, has been in the workshop since last year and was pencilled in for release earlier this year, but the Hedgehog head honcho’s decided that they could make it even betterer.

You can already get some classic blue speed-hog action thanks to Sega porting over Sonic the Hedgehog and Sonic 2 to the App Store – but Sonic 4 is the big news!

Sonic 4 on the iPhone and Touch will be perxactly the same deal as the big console versions – you control everyone’s favourite hedgehog using a virtual d-pad but you get the option of using tilt and touch through the built-in accelerometer.

Move and Kinect will get some motion control action on special stages and the iPhone gets two exclusive levels so that the accelerometer gets a work-out.