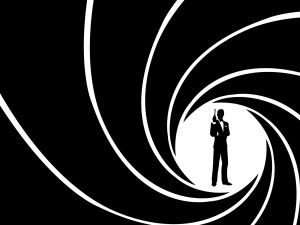 Ever wondered what it is like to work for national security and information systems?

A mere 60 years have passed since Alan Turing managed to decipher the encrypted messages sent by the German Enigma machine in WWII. Technology hasn’t stopped evolving since then and the Government needs more brilliant people to follow in Turing’s footsteps in order to support the national cyber security agenda.

Are you a computer fanatic with a passion for problem-solving? Does number-crunching give you the warm and fuzzies? Are you known for your razor-sharp thinking and love for unravelling complex patterns?

The new challenge set by GCHQ could be your door-opener to tap into a career combating threats from cyberspace.

The UK GCHQ has launched a Can You Find It challenge which is designed to help the government agency find and recruit the next generation of cyber security code experts. This could see you become a real James Bond type!

The race will task participants to crack a series of cryptic codes to find and follow clues littered around the internet to discover “the ultimate final answer”.

The challenge is open to anyone and offers a variety of prizes to those who solve the riddle including access to a prize draw to win a Google Nexus 7 or a Raspberry Pi and, for very skilled participants, a potential job offer from a security agency with a salary between £26,000 and £60,000.

The complex codes have been created by a GCHQ team of top mathematicians and the spy bosses say they are looking for the most curious, tenacious and creative candidates who have the intellectual ability, though not necessarily the practical experience or qualifications, to join GCHQ and support the Government’s national cyber security agenda.

This is your best way to discover whether you have the right skills to be employed by a national intelligence and security agency that works in partnership with the Security Service (MI5) and Secret intelligence Service (MI6).

GCHQ’s head of resourcing, Jane Jones, says that initiatives like Can You Find it and Can You Crack it are essential steps in the UK’s ongoing bid to recruit the next generation of security professionals.

Jones stated that “The twenty-first century is confronting us with online threats that are difficult and dangerous, so we want employees who have evolved with the ever-changing digital world and therefore have the right skills to combat these challenges. It’s a puzzle but it’s also a serious test – the jobs on offer here are vital to protecting national security”

Recruiting skilled cyber professionals has been an ongoing goal of the UK government since it launched its cyber strategy in 2011. Despite the success of cyber strategy initiatives, many private and public sector bodies have warned that the UK is still suffering a major cyber skills shortage. The UK National Audit Office (NAO) issued a report warning despite the government’s efforts, the skills gap will last a further 20 years and cost the nation £27bn per annum.

Are you up for it? Have you got the skills? To answer the question: ‘Can You Find It?’ go online to www.canyoufindit.co.uk