Softbank to Have Floating Cell Towers This Year 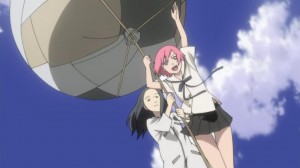 Japanese phone network, SoftBank Mobile, plans to float their mobile phone base stations in balloons in order to continue the country’s connections in the event of a disaster.

SoftBank’s plan may sound a bit nuts but by placing their cellular base stations in balloons would ensure that wireless access continues even if when their conventional towers are knocked out of commission.

The best bit is that these floating bases should be in operation within the year.

Both the military and American private enterprise have both looked in to the idea of hovering cell towers.

Even though it seems a tad strange, when you take in to account the amount of natural disasters that hits Japan, perhaps the safest place is in the air. If they can keep communication channels open it would also help with pointing emergency aid to the right area as well as with disaster recovery.

To get this high-flying idea off the ground, SoftBank developed an ad-hoc wireless transmission system in collaboration with professors from Hokkaido University.

The balloons will be tethered to the ground and float a hundred meters up, where they will provide wireless connectivity to the system’s users below.

From there, a connected transmission van provides the backhaul to Softbank’s core network with a fiber or broadband connection. The company plans to test the system in the Kiso River area in Aichi prefecture before launching the real deal later in the year.

Flying cell towers and intelligent hovering file sharing drones? Is this the future?