Snapdragon Busting Out in Over 30 Products – Qualcomm 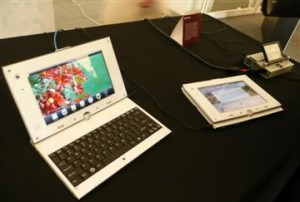 It has been reported that there’s more than 30 products lined up that will be packing Qualcomm‘s next-generation Snapdragon chipset.

Snapdragon will enable mini laptop style devices – with screens of between nine and 12 inches – to run for between four to six hours without needing to be charged, according to a spokesman. Smartphones using Snapdragon will be able to run for longer.

More than 15 companies are working on Snapdragon-based devices, including Acer, Asus, HTC, LG, Toshiba and Samsung.

The spokesman said that an open-source Linux operating system will be used to underpin the graphical user interface on devices powered by Snapdragon, but that the GUI will be more important to the user than the OS.