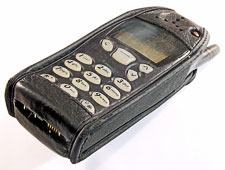 Texting has reached its 20th birthday. The first text message was sent on this day, December 3rd, back in 1992 – when it was still known as SMS.

Papworth’s “Merry Christmas” was squirted from his computer to an Orbitel 901 mobile phone on the Vodafone network two decades ago today.

The Short Message Service (SMS) was originally seen as useful for sending notifications of voicemails, but the no-frills 160-character text message soon captured the public imagination.

Celebrating the 20th birthday of the SMS message, phone watchdog Ofcom reveals that the average Briton sends around 50 texts each week. And 12-15 year olds reckon they send an average of 193 texts every week.

Last year more than 150 billion text messages were sent in Britain alone, a number which had tripled in the previous five years.

There is a turn around though as 2012 has actually seen a decline in the number of texts sent as smart phones give us access to instant messaging apps as well as Facebook and Twitter conversations.

The main alternative to texting to hit the headlines must be BBM or BlackBerry Messenger, which plans to include free voicecalls, but Apple kicked off its iMessage back in June 2011 as its own fruity alternative to BBM.

Do you remember your first text message? I remember that mine was punched out on a Philips phone which had a single line display…