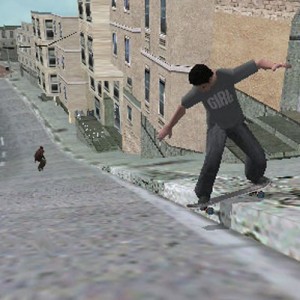 EA has just released ‘Skate It’ for the iPhone.

If you’ve ever played EA’s console version you’ll be pretty familiar with the game which appears to be ported over from Nintendo’s DS.

Skate It claims to be the â€œmost realistic skate experienceâ€ available for your iPhone.

You get to roam freely and you can show off your ‘sick skills’ by drawing gestures on the touchscreen.

It seems fairly realistic with a choice of ollies, flips and shuvits rather than doing some impossible tricks – saying that, I was always safer on a BMX 😉