Siri stores all your questions for two years 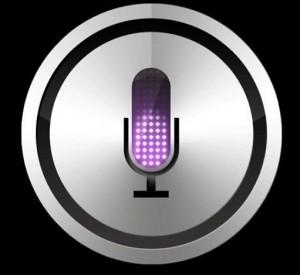 Everything you ask of Apple’s know-it-all assistant is kept and stored away for 2 years it has just been revealed.

All the requests you make through Siri are being stored on Apple servers for a period of up to two years, according to Apple spokeswoman Trudy Muller.

The statement was in response to Wired inquiries about ambiguity in Siri’s privacy policies, which were initially pointed out by American Civil Liberties Union lawyer, Nicole Ozer.

When you ask Siri something, it takes it a couple of seconds to reply. In that time, the digital assistant pings your vocal request to its vast data centre in North Carolina, which answers it and tells Siri what to say. To better learn what kinds of questions people ask and therefore give them more useful replies, it keeps those sound files for two years before deleting them.

The first time you use Siri, its database assigns you a random number, which Apple says isn’t connected to your user ID or email address. After six months the file is disassociated with the user, but the file is kept for as long as 18 months for testing and development.

“If a user turns Siri off,” Apple’s Trudy Muller told Wired, “both identifiers are deleted immediately, along with any associated data.”

Siri, which works on the iPhone 5, iPhone 4S, retina iPad, iPad mini and fifth-gen iPod touch, wasn’t too useful in the UK until the iOS 6 update, when it added local listings from Yelp. It can find your nearest pub, tell you what the score is in the Premier League and steer you clear of traffic snarl-ups.

That all sounds like valuable information if you were trying to build up a picture of a consumer, but then so’s your browsing history.

It is argued that Apple should link people to its Siri privacy policy in the Siri FAQ, so they can decide if they’re okay with this before they buy a device.