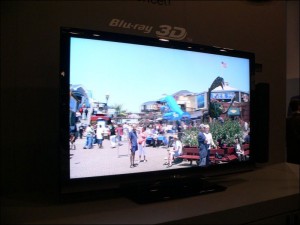 Remember the Sharp Quattron? The one rocking an extra yellow pixel?

Well, after me saying that they were shunning 3D in favour of a more colourful pic they’ve announced that their Quattron 3DTVs and 3D Blu-ray boxes are set for â€œa global launchâ€.

Not only that they’ve mentioned Blighty! â€œSharpâ€™s 3D Quattron range will be presented in early September at IFA 2010 and will be available in the UK towards the end of the year.â€

Are you still thinking whether getting a 3D gogglebox is worthwhile just yet?