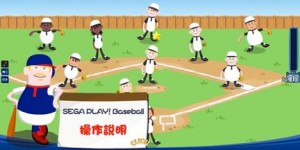 Most of us spend too much time on Facebook and if you’re bored with your Farm, Mafia family or playing poker now you can play Baseball!

The title is a new move for Sega and is perhaps a glimpse at its new digital strategy after the upset in April.

The free-to-play baseball game lets you show off your team creation skills and management smarts. You get to create a team name and uniform, customise avatars, level up your players skills and recruit friends to create an even stronger baseball team. Thankfully at least half of the people you know are on Facebook 😉

Players can also build up their own ballpark.

Users will also be able to pit their team against rivals online and compete with lots of other players in competitive online leagues.

Get your game on and click here to play Sega Play! Baseball 🙂