Scott Pilgrim’s Life Put into Game as well as Movie 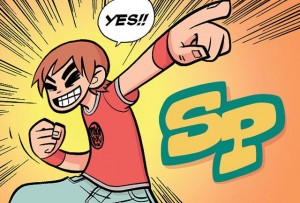 Cult comic book character, Scott Pilgrim, is to be made into the star of a videogame as well as a film!

This has been confirmed by creator Brian Lee O’Malley at the San Diego Comic Convention over the weekend.

If you’re not familiar with this cult comic (Subset’s singer, Rom, is a huge fan!) here’s a quick outline:

The graphic novel features Scott as a twenty-something unemployed slacker who falls for “perfect” Amazon delivery girl – Ramona Flowers. However, in order to date her, he has to defeat her seven evil ex-boyfriends (one of which is actually a girl!).

The upcoming game is set to debut around the time of the feature film (which stars Arrested Development‘s Michael Cera).

The downside is that we all have to wait until 2010, when the film is due, to find out more.