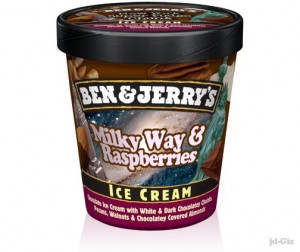 Sometimes you have to think “what the heck are scientists on?”

You know, they tell you that they have proof that bees can’t actually fly although you watch them every Spring or Summer quite happily buzzing around – or they’re telling you that space is Raspberry flavour.

Yup, that’s the latest from the Max Planck Institute for Radio Astronomy.

While scientists were looking for amino acids in the Sagittarius B2 region they found out what the galaxy tastes like.

Instead of amino acids, those building blocks of life, they found ethyl formate, which is the molecule responsible for the taste of Raspberries.

One of the astronomers responsible for the finding at the IRAM electromagnetic radiation telescope in Spain, Arnaud Belloche, said

[that while ethyl formate] “does happen to give raspberries their flavour, there are many other molecules that are needed to make space raspberries.”

There you have it then.

Watch the vid below: