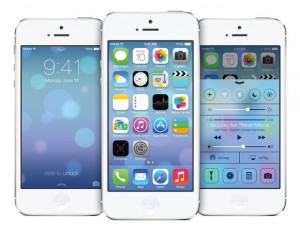 If you’ve been awaiting the arrival of the iPhone’s next iteration, best mark September 10th on your diary.

According to insiders, Apple will unveil the next version of their iPhone on September 10th with the Yerba Buena Centre being the expected, albeit currently unconfirmed, location for the iPhone event.

Apple is generally expected to release the iPhone 5S, the follow-up to the current iPhone 5 and keeping in line with the usual pattern of smartphone releases, at the event – which will coincide with IFA.

The device will reportedly resemble the iPhone 5 but add a fingerprint scanner under a convex home button protected by sapphire glass, plus a dual LED flash for its rumoured 13MP camera.

The phone is also expected to feature a new A7 processor from Apple and will land running Apple’s new minimalist operating system, iOS 7.

As well as the updated iPhone 5 Apple is apparently set to release the iPhone 5C.

The budget iPhone is expected to feature a plastic build, rather than the glass and aluminium of the iPhone 5, and will be available in an huge range of hues.

Apple are remaining typically tight-lipped about the rumours but, if you’re wanting to have a front-row seat, you’d better keep September 10th free.