Samsung Will Have OLED Laptop By Next Year 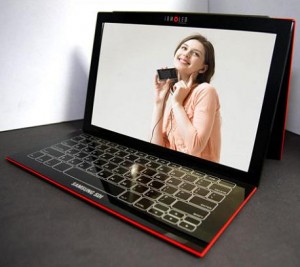 Well, seems that Samsung wants to bring this into reality sooner rather than later as it’s already the first ever company to show-off an OLED laptop prototype as it did so back in May 2008.

The excitement has now been increased as, acccording to Kyu Uhm Head of Worldwide Sales and Marketing for Samsung Computing Division, a Samsung OLED laptop should hit the stores by 2010.


â€œSamsung is the largest OLED screen manufacturer. And as soon as itâ€™s available commercially for laptops we will adopt itâ€¦Probably sometime Q3 next yearâ€ – that’s what he said at IFA folks!

So – by this time next year we should have OLED notebooks 🙂

Things are looking promising as Sammy have already made OLED a standard feature in its touch phones and PMPs so an OLED lappy aint too far fetched is it?