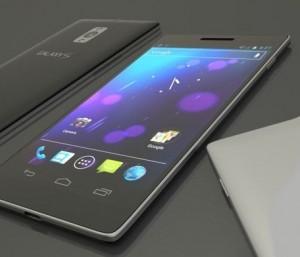 It looks like we could see Samsung unveil a new smartphone at the Samsung Unpacked 2014 event at Mobile World Congress on 23 February. Could this be the Samsung Galaxy Note 3 Neo or Lite? Even the Galaxy S5 has been rumoured. It’s expected that we’ll also see the new TouchWiz UI along with an announcement of an April release date.

There have been plenty of noncommittal nods and winks coming from company-types which have left the door open for Samsung’s new product launch between late-February at Mobile World Congress, with the world’s tech press gathered and waiting; or a separate London event in March. Now one industry insider reckons it’s the former.

Eldar Murtazin, a Russian analyst with Mobile Review, and a tipster with a decent track record (he correctly predicted the date of the S4 launch), says that the S5 will launch on 23 February in Barcelona, but go on sale at the end of April, as its predecessor did.

He also claims we can expect the same price as the S4 which was £630 at launch. 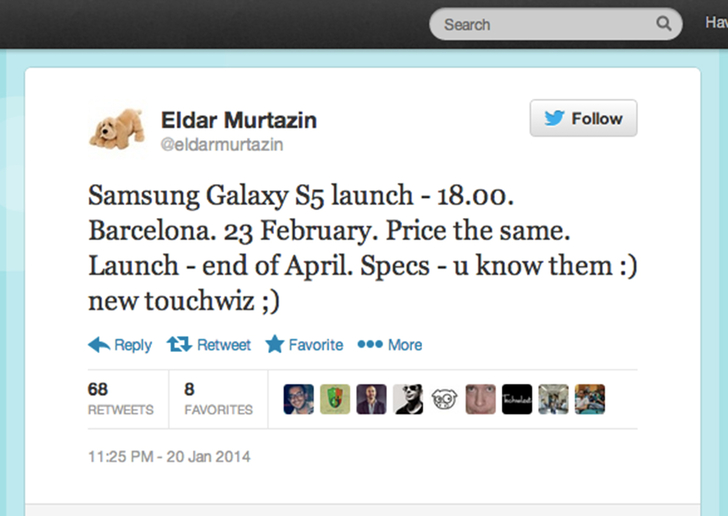 He points out that the flagship phone will have a new version of the TouchWiz software, Samsung’s custom Android skin.

Murtazin doesn’t elaborate on specs, but a 5.25-inch 2,560×1,440-pixel screen has been mentioned before, alongside a 2.5GHz quad-core processor running Android 4.4 KitKat.

There has already been tell that the upcoming Samsung Galaxy S5 will come with a fingerprint sensor, with conflicting reports as to whether Sammy’s newest phone will come packing iris scanning technology or not.

It’s understood that the Samsung Galaxy S5 will come with a 20MP camera, opposed to the 16MP ISOCELL camera we’ve heard since the rumors started pouring in.

More spec speculation comes via PhoneArena, whose tipster suggests that it will pack a QHD display and a 2,900 mAh battery.

Lastly, the same tipster claims that the upcoming Samsung Galaxy S5 will carry the same plastic form factor, so users who are expecting a metallic chassis will be disappointed.

Word on the interwebs suggests that we might see two versions: a premium one with a metallic design while the other one will carry the same plastic chassis. Not too sure how I feel about that though.

So, why would Samsung move up the launch, if it’s not moving the street date? Possibly to save money as last year it had to assemble dozens of journalists in New York, whereas most will already be in Barcelona on February 23rd anyway.