Samsung Tablet will be Faster Using Android Not Windows 7 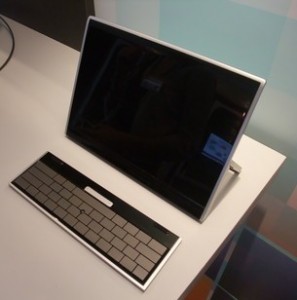 The Korean company may not be going the Windows 7 route after all for its iPad rival if Tweakers report is to be believed.

Word is that Sammy may be planning on Android due to concerns that Microsoft’s latest operating system may not be fast enough.

Philip Newton, head of the IT division of Samsung Australia hinted at the use of an Intel Atom CPU at a forum in Singapore along with 4G capability.

Calls would most likely happen via a headset and according to Newton the Samsung tablet will out port the iPad with both inputs and outputs – I’m guessing that means USB ports and memory expansion which the iPad falls short on.

Hopefully Sammy has learned from their Q1 which was aimed at the business market and never really took off.