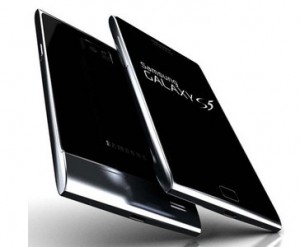 Apple’s announcement of the iPhone 5S and the iPhone 5C on Tuesday may have been a little less exciting than expected but most people were waiting to see how their biggest rival, Samsung, would reply. Guess what? It’s taken a couple of days but…

Samsung mobile business chief Shin Jong-kyun has confirmed to The Korea Times that the tech company is indeed planning to introduce 64-bit processing capabilities in its next-generation smartphones.

However, the functionality will not roll out in the “shortest time,” Shin said.

As you may well recall, Apple’s iPhone 5S has a 64-bit processor, which makes it the first smartphone with this feature. It also happens to make it quite a bit faster than the now defunct iPhone 5.

There was also fighting talk on the subject of territory with Shin addressing Apple’s intentions to increase its footprint in China’s enormous market.

“Samsung understands that Apple intends to boost its mobile business in China, as well as in Japan, meaning that we should try harder in these countries.”

Who do you think will win this round? Will you be signing up for an iPhone 5S or will you wait for the 64-bit Sammy?